I committed a blunder yesterday I need to confess to you all. This is how it all unfolded: after buying a scratch card yesterday, I scratched it on someone’s wall.

But that’s not the problem. I scratched it on a wall that was not painted. I did this because it was a bit rough and just perfect for what I wanted.

Now how’s this a problem?

I noticed I had left a dirt on a wall that was already looking bad enough, having carefully bypassed a well painted wall adjacent to it.

This is possibly something you have also done before. It is not fulfilling to scratch a card on a wall that has been neatly painted. The card itself would be poorly done, the act would also seem unreasonable, mean and you might even be handsomely disgraced or condemned by any bystander. 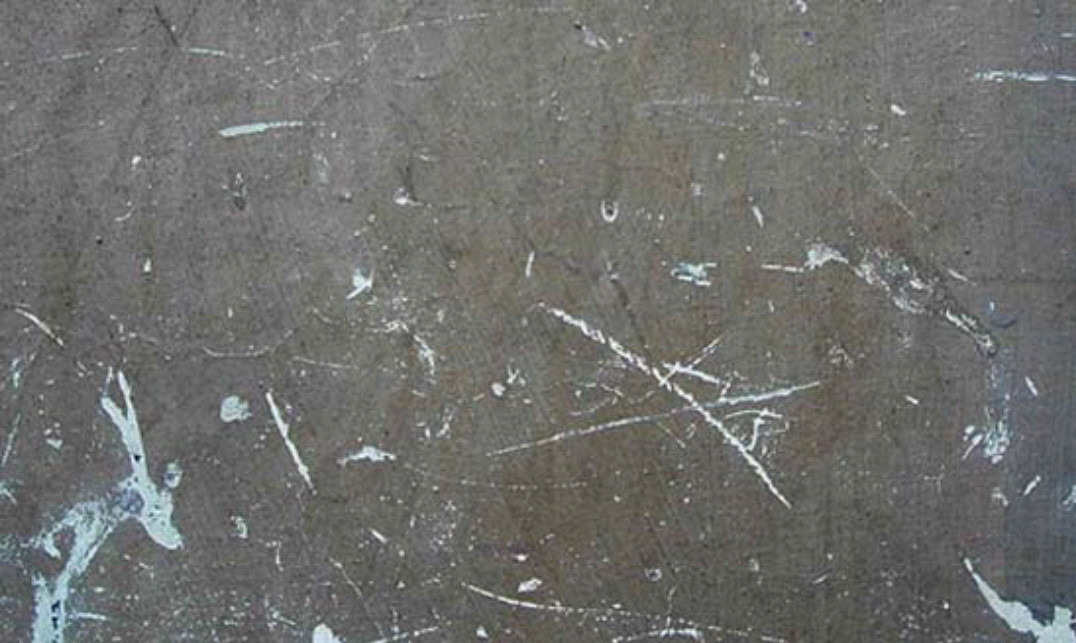 We’re often more likely to put dirt on what is already dirty than what is clean.

Shortly after realizing the harm I had done, it occurred to me that there was actually an amazing life lesson therein.

The reason people may sometimes  put scratches on us by insulting our intelligence, downplaying on our abilities, or doing anything that leaves a scratch on our emotions is usually because we haven’t painted our walls.

The reason someone will use rubbish words to describe your relationship or marriage, character or worth is sometimes because they find nothing about you that tells them not to.

In such a circumstance, it is important to note that the suitable revenge you’d desire does not lie in also scratching the walls of the perpetrator by insulting back. The solution lies in putting your own house in order.

There is nothing to gain when two people scratch each other’s walls. Rather, move beyond their level. Reach that point when they cannot have the confidence to even conceive the idea of scratching your wall.

I have been a victim

There have been times when some of my friends would sarcastically stone me in the face with questions like “so what can you also do in this life?” “What can you also amount to?” and the like.

It hurt me to the core, but no sooner had they injured my emotions than I realized my wall was not well painted. I decided that I was better than they knew, and I couldn’t also cause them to respect me by demanding it from them, or arguing to defend myself.

I only needed to put my life in order, focus more on my goals, attain higher heights and prove myself right by proving them wrong.

And believe me, with just little efforts and achievements here and there, they could no longer spew their acidic words in my face.

In which area of your life have people ignored you? Where do you feel left out? Where do you feel you’ve been treated less than you deserve? Are you disrespected at your work place or class? Does the devil bother your mind with guilt, self-pity, worry and anxiety?

You will find that in all these scenarios and more, what you chiefly need to stay unaffected by the demeaning circumstances is to put your life in shape.

You cannot continue feeling guilty, if you start to learn what God thinks of you in His Word and start living according to the scriptures. Your colleagues will put a stop to disrespecting you when you rise higher than they can imagine. The list continues. 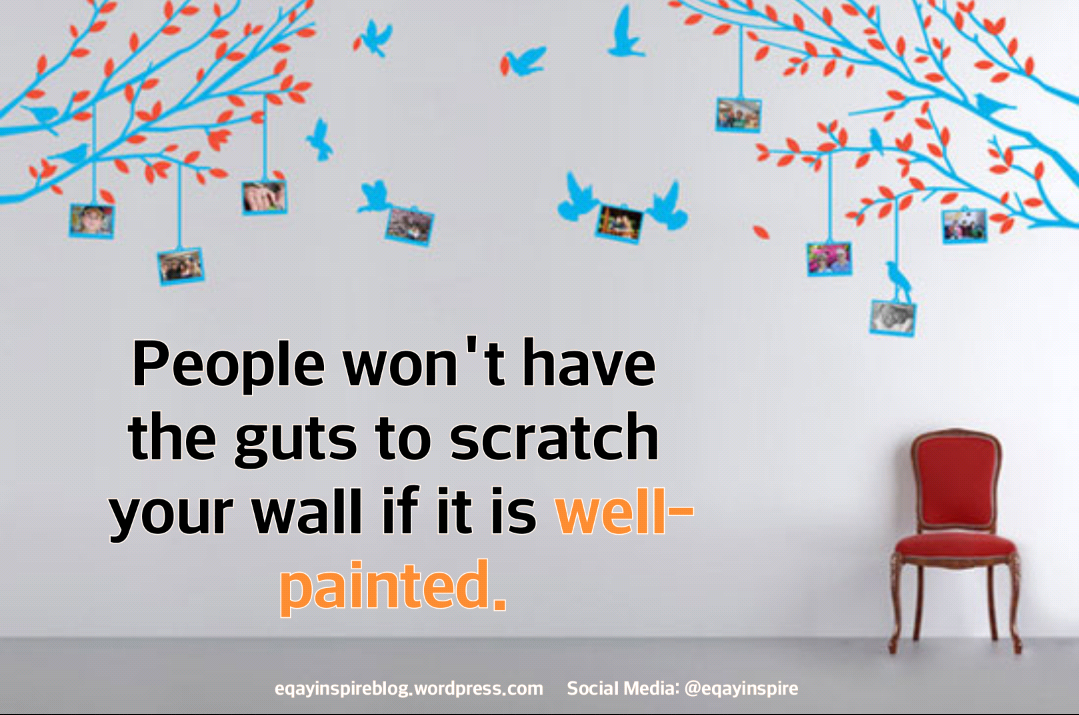 Just paint your wall, and no-one will have the guts to scratch a dirty card on it.

3 thoughts on “A Scratch on The Wall”